This article explains the steps for the mapping of VLANs to MSTIs. 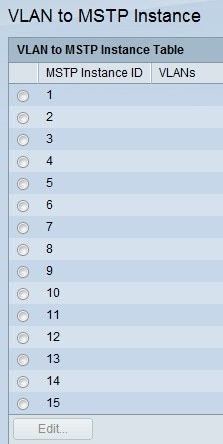 Note: The same MSTP Instance can be mapped to more than one VLAN, but each VLAN can have only one MSTP Instance associated with it. It contains the following fields:

Step 4. Enter the VLANs that need to be mapped to this MSTP Instance.

Step 6. Click Apply by which MSTP VLAN mappings are defined and the Running Configuration is updated.