Small business is anything but small.

They already account for 44% of all IT spending and as a segment are growing faster than enterprise.

Register for our virtual summit to discover all about Cisco’s dedication to Small Businesses and how we can work in partnership to build for the future.

You’ll hear about Cisco Designed, our tailor-made portfolio specifically designed to deliver simple, secure and flexible products at the right price for Small Businesses to thrive.
We’ll also share more on our Partner Programs, incentives and rewards to help you with this huge opportunity.

Don’t miss out.  Register today to hear more on our commitment to Small Business, expand your own business while helping your Small Business customers succeed.

Reem Asaad is the Vice President for the Middle East and Africa region at Cisco. She is responsible for growing the company’s position as an enabler of digital transformation for the region. Within her current role, she will be instrumental in driving partnerships with governments and businesses to build the technology skills and ecosystems that contribute towards economic growth for emerging markets.

Asaad has acquired over two decades of experience across industries including technology, financial services and customer experience. Her current role is focused on strengthening collaborations with governments, customers and partners, underpinned by Cisco’s portfolio of advanced solutions to accelerate their digitization agendas.

Prior to joining Cisco, Asaad was the CEO at Raya Contact Center, a business process outsourcing service provider based in Cairo with operations in Europe, Middle East, and Africa, servicing multi-national and Fortune 500 companies. In her previous position, she acquired the knowledge and experience to drive company growth, digital transformation, and regional market development.

He is in charge of planning and executing on Cisco’s operational policies, Go-To-Market strategies and priorities as well as leading the partner organization across MEA.

By virtue of his 25 years career, he has brought to his position a well-established background in the IT industry and in professional services. By developing and designing an ongoing management of MEA Partner Strategy, Abdelilah is ensuring a strong blueprint and execution of our evolving selling motions, shifting Cisco’s and its Partners focus in the region, to Software & Subscriptions based offerings.  Abdelilah is driven by his ultimate desire: Enable our Partners, by developing mutual performance objectives, to deliver value to Cisco customers in their digital journey, and to implement an innovative, robust and secure IT environment in the region.

He first joined Cisco, 12 years ago, as a Commercial/Enterprise Segment lead covering Morocco and achieved great results in his first year. He was then promoted as a Regional Sales Manager for Commercial Segment for North, West and Central Africa, establishing and driving with dynamism Sales and GTM strategies. In his most recent role before taking his current responsibilities, Abdelilah was Cisco’s General Manager for North & West Central Africa  for more than 4 years, during which time he demonstrated ability to build and manage profitable business, while engaging and retaining high profile relationships with the local and global organizations, in both public and private sectors.

Prior to joining Cisco, Abdelilah spent more than a 15 years in IT Senior Management roles within notable IT system integrators in Morocco. With an entrepreneurship aspirations since the beginning of his career, he created and launched in 2003 his own IT Services Company, focusing on Infrastructure Services, Technical Support and Training. The company developed to become Number 1 in its field in Morocco, and was, subsequently, acquired by one of the major IT companies in the region.

He is based in Dubai, married with 4 children.

As the global leader of Cisco’s Small Business segment, Sarah Eccleston is responsible for growing Cisco market share in the Small Business segment worldwide. Sarah and her team are tasked with ownership of the short-, mid-, and long-term strategies that enable Cisco to best serve smaller enterprises. This work includes:

Sarah is also Cisco’s internal and external spokesperson for Small Business. She speaks at key industry, customer, partner, and internal events to evangelize and establish Cisco as a thought leader in this market.

Prior to this role, Sarah was Cisco’s CTO for the Commercial and Small Business segments globally. She previously held roles in engineering, product management, and sales management, as well as leadership positions leading various architectures and software.

Sarah has lived and worked in the U.K., Canada, India, and China, and she currently lives in the U.K. Sarah is passionate about helping vulnerable animals, and in 2013, after visiting a Bonobo orphanage in the Congo, she returned home to found and lead registered charity “Bonobos UK.” In 2014, she further brought her passion for wildlife together with her pride of being a Cisco director, completing an on-the-ground technology feasibility study on how the Internet of Things could help to reduce elephant ivory poaching.

ICT Technology and Business Strategy Leader with over 20 years of diverse technological, cultural, and geographical experience in USA, Asia and EMEA with MNCs in the IT Services Domain & Telco Services.

Leads a team of regional research analysts and manages custom and syndicated research that analyze trends to provide strategic thought leadership and actional guidance for the ICT fraternity.

As the global RTM lead for the Cisco’s Small Business segment, Oliver Crake’s primary focus is to identify key opportunities, relevant to each route to market, enabling and growing the Cisco market share in the Small Business segment worldwide. Oliver’s responsibilities include creating programmatic frameworks which scale the Cisco Small Business go to market strategies globally and to deliver profitable outcomes for our partners. This work includes:

Prior to this role, Oliver has created some of the global sales plays as well as spending over 20 years in multiple diverse channel roles, always supporting and working with distribution and partners across EMEAR.

Oliver lives in London in the UK with his family and in his spare time can often be found, running, at the park with the family, thumbing through an ever growing record collection or supporting his daughters football team.

Based in the UK, Philip is now the leader for the EMEAR Distribution business, which this fiscal year will exceed revenues of $4bn and represents approx. 40% of Cisco’s EMEAR revenue. Through Philip’s leadership and guidance the EMEAR Distribution business is one of the fastest growing RTM within the EMEAR Region, and integral to this is it’s Distribution Accreditation Program and Hyper-Growth-Initiative’s (HGI) which are strongly aligned into the Partner and Commercial & Small Organizations’ go-to-market strategy.

As well as being a motivational leader, he’s a committed father to his 4 children; two boys Connor (19) Dylan (6) and 2 girls Mia (4) and Lara (2). Connor is now studying at Cardiff University, so his weekends are spent trying to be as active as possible, out and about with his wife Kate, and their young family. The very recent addition to the family is “Buddy”, a Cockerpoo puppy. 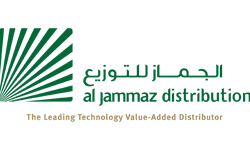 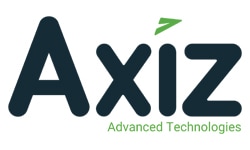 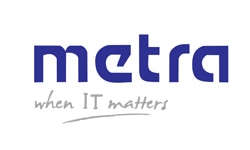 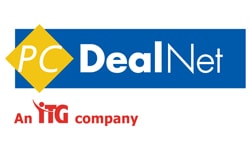 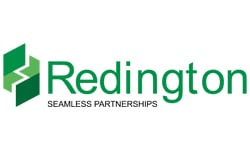 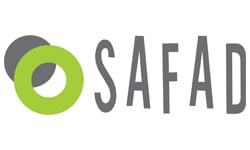 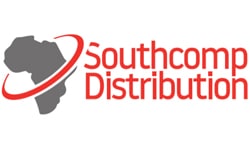