Revision history details are not provided for features introduced before release 21.2.

P-CSCF restoration generally consists one of the below two ways:

This section describes solutions to support P-CSCF restoration for UEs with WLAN access.

There are two existing mechanisms to handle the P-CSCF restoration support as there are with E-UTRAN access.

Basic PCSCF Restoration Support For an untrusted WLAN access, on S2b interface the PGW initiates a Delete Bearer Request procedure (GTP) or a Proxy Mobile IPv6 LMA Initiated PDN Connection Deletion procedure (PMIP) to the ePDG which then initiates the release of the associated IKEv2 tunnel.  A cause "reactivation requested" (as supported over 3GPP accesses) is added by the PGW over GTP-C based S2b and IKEv2 for untrusted WLAN

HSS-based/PCRF-based basic mechanisms displayed in the below is based on the same principles i.e to disconnect the UE when P-CSCF failure is detected, which then re-establishes the connection via an alternate available P-CSCF.

Both the mechanisms have the same effect in ePDG, which will be handling PGW initiated Delete Bearer Request procedure (GTP) with cause "reactivation requested" (as supported over 3GPP accesses) and then translate it over IKEv2 (SWu) INFORMATIONAL request message containing DELETE payload with REACTIVATION_REQUESTED_CAUSE Notify payload towards UE resulting in deactivation.

After deactivation it is up to the UE to re-establish a new IMS PDN connection and performs a new P-CSCF discovery.
Figure 1. HSS based basic P-CSCF restoration for WLAN 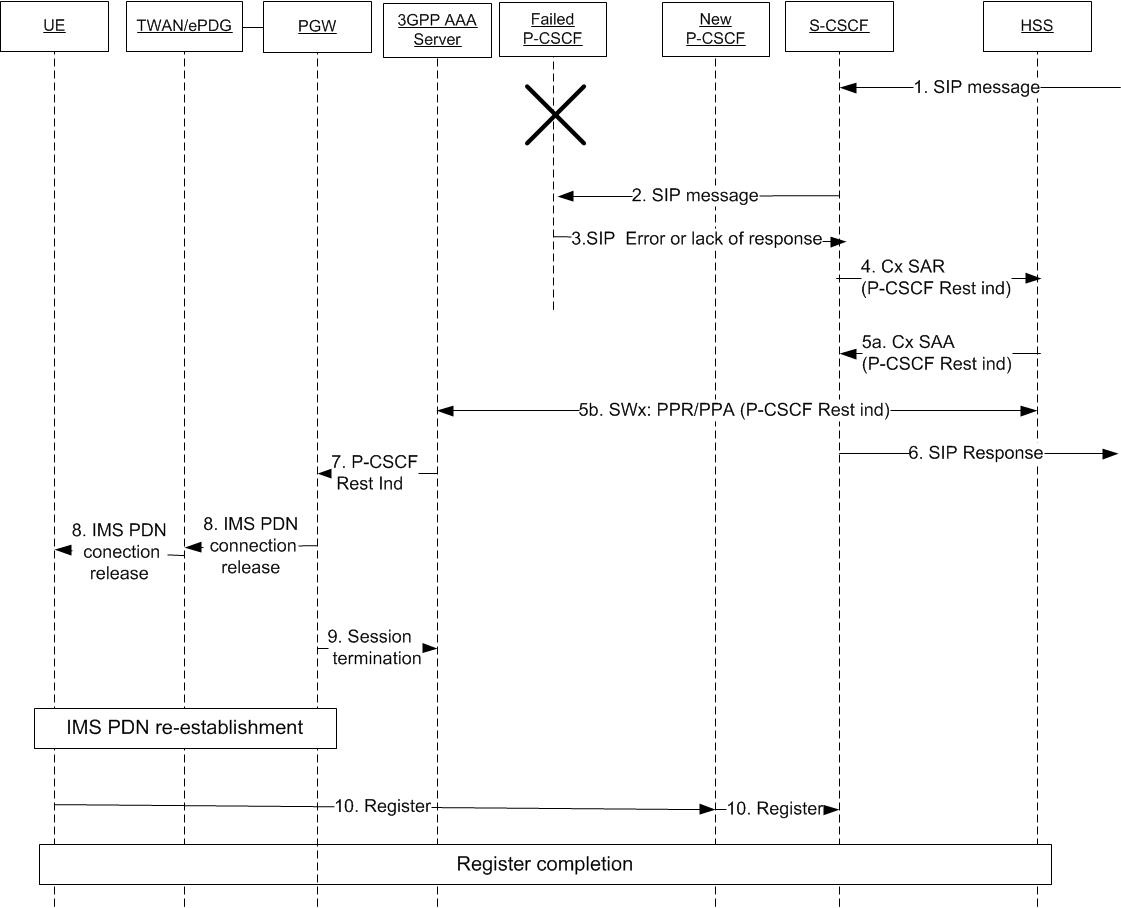 This mechanism aims to avoid the IMS PDN deactivation and re-activation, by introducing a update procedure to inform the UE about the change in P-CSCF address. This triggers the UE to initiate a new IMS registration towards an available P-CSCF over the existing IMS PDN connection.

Upon receiving the UE capability, the P-CSCF restoration extension for untrusted WLAN supporting ePDG will forward the same in the APCO information element to the PGW over the S2b interface in Create Session Request.
Figure 2. PCRF Based Extended P-CSCF Restoration for Un-Trusted WLAN Access 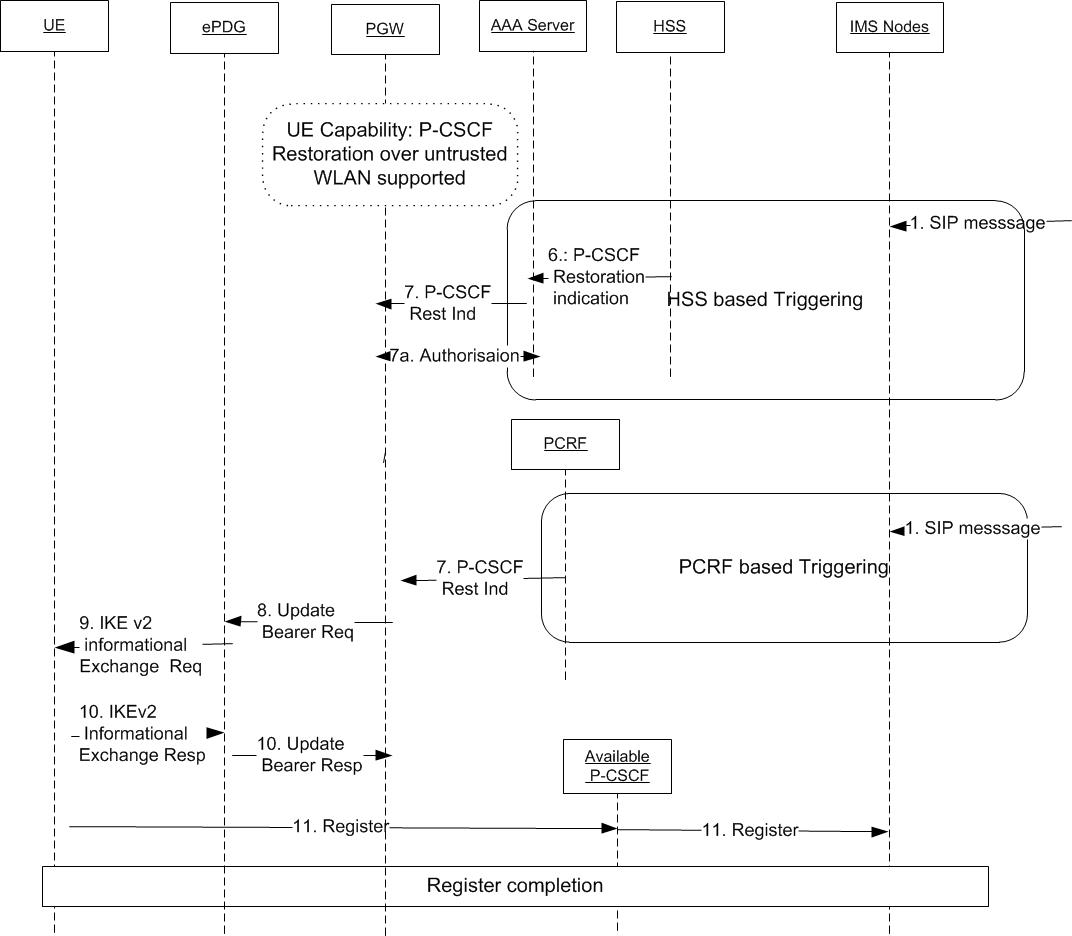 In case of Extenstion P-CSCF restoration

Capability support for a subscriber .

UE will share its P-CSCF restoration capability in 1st IKE_auth.

As part of this feature enhancement, the following new Private Notify Message status types will be supported.

The P-CSCF_RESELECTION_SUPPORT Notify payload is used to indicate the support by the UE of the P-CSCF restoration extension for untrusted WLAN.

The P-CSCF_RESELECTION_SUPPORT Notify payload is coded according to below figures.

Important: -From Rel 13, 3gpp started using IANA number for notify payloads which belong to private range. For features, which configure notify-status-value from private range can lead to collision and operator will have to be careful while configuring non-collision numbers.

This can have conflict with above Notify 3gpp standard value, one should configure it carefully.

During the set up (or handover) of the PDN connection, the ePDG should indicate capability to support the extended P-CSCF restoration using PCO/APCO.

Below show commands are introduced as part of P-CSCF Restoration Support:

Below new statists are introduced to support P-CSCF Restoration Support.