This chapter describes the configuration steps and scripting required to allow a Cisco Unity Express (CUE) Auto Attendant (AA) script to determine whether the Cisco Unified Communications Manager Express (Cisco Unified CME) is operating in night service mode or not.

The components for this sample configuration require the following:

All sample configurations and screen output in this chapter are taken from Cisco Unity Express 8.0.1 and Cisco Unified Communications Manager Express 7.1. 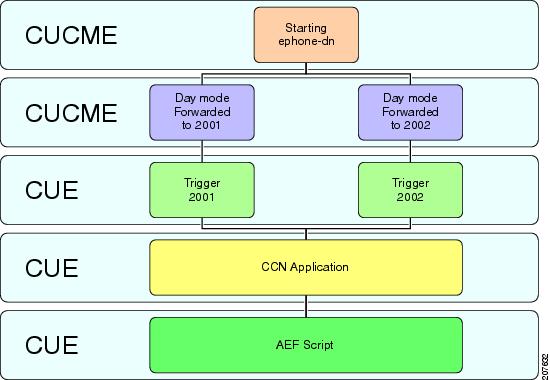 The following Cisco Unified CME configuration defines the starting ephone-dn that branches the incoming calls to different numbers depending on the time of day.

The following Cisco Unity Express configuration defines two triggers that point to the same application. the application has a "nightModeCalledNumber" parameter which informs the script which trigger should be used as the entry point for night service mode.

The following script illustrates how to extract the incoming called number and holidays (defined on Cisco Unity Express) to make a call routing decision. The screenshots below have been taken from Cisco Unity Express Editor Version 8.0.1. This tool is available for the Microsoft Windows platform. 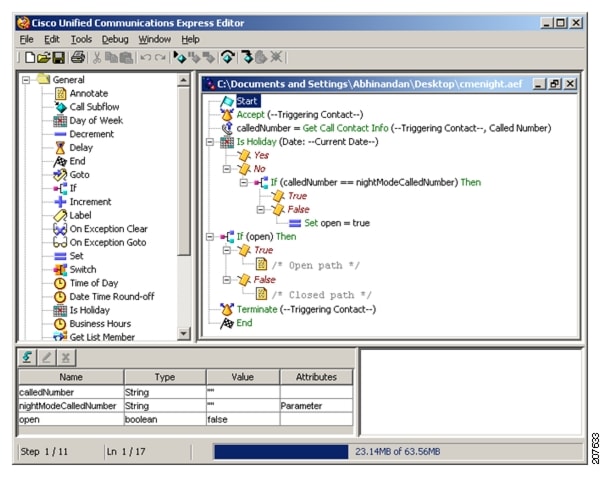 First, a boolean variable "open" is initialized to "false".

The "Get Call Contact Info" step then extracts the called number of the call and saves the information in the "calledNumber" variable. The customizer of this step is shown in Figure 41. 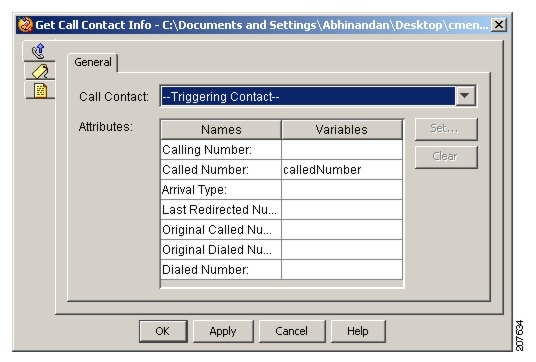 Next, the "Is Holiday" step is used to determine whether the current day is a holiday. The holidays are configured on Cisco Unity Express. If the current day is not a holiday, then the script uses the "If" step to compare the incoming called number ("calledNumber" variable) with the pre-configured "nightModeCalledNumber". If these numbers do not match, the system is deemed to be in "open" state. The "open" Boolean variable is set accordingly.

Finally, the value of the "open" variable can be used to customize the call flow differently as desired. The above script snippet can be added to an existing custom script.

Use the show running-configuration command on both Cisco Unity Express and Cisco Unified CME to verify the configuration. For additional information and answers to questions, write to ask-cue-editor@external.com and cite this document.