The L2omGRE feature provides Layer 2 connectivity between multiple separate network sites by extending the topology of a Layer 2 broadcast domain through an mGRE tunnel (see Figure 42-1). 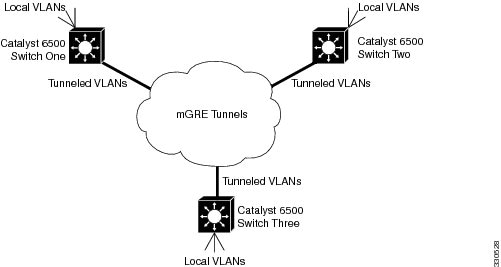