For complete syntax and usage information for the switch commands used in this chapter, see the
Cisco IOS Command Reference Guides for the Catalyst 4500 Series Switch.

If a command is not in the Cisco Catalyst 4500 Series Switch Command Reference , you can locate it in the Cisco IOS Master Command List, All Releases.

The Catalyst 4500 series switch supports Layer 3 interfaces with the Cisco IOS IP and IP routing protocols. Layer 3, the network layer, is primarily responsible for the routing of data in packets across logical internetwork paths.

Figure 34-1 shows how the routing and bridging functions in the three physical devices of the traditional network are performed logically on one Catalyst 4500 series switch.

Figure 34-2 shows how the Catalyst 4500 series switch functions as a traditional router.

You can configure collection statistics at an interface level in one of the four ways (see Table 34-1 ). The maximum number of interfaces applied to the configuration depends on the collection mode.

Tunnels are point-to-point dedicated virtual links to transport packets from one endpoint to another. Generic Routing Encapsulation (GRE) is a tunneling protocol used to encapsulate network layer protocols inside virtual point-to-point links. A GRE tunnel only provides encapsulation and not encryption.

If a GRE tunnel is configured on a Catalyst 4500 switch and the ingress to this device is through a Layer 2 interface which has an SVI configured locally and is running HSRP (and is the current active), GRE encapsulated unicast traffic is not sent across the endpoints of the GRE tunnel, because of which routing adjacencies cannot be established and pings across the GRE tunnel do not work.

To work around this problem, configure the HSRP group to the use the burned-in address (BIA) feature ( standby use-bia interface configuration command). It enables HSRP groups to use an interface's burned-in MAC address (or physical MAC address) instead of a virtual MAC address. Note that configuring the standby use-bia interface configuration command may slow down convergence after an HSRP switchover, since the new active has to send a gratuitous ARP to refresh the ARP entries through the subnet. For more information, see: https://www.cisco.com/c/en/us/support/docs/ip/hot-standby-router-protocol-hsrp/9281-3.html.

To configure a GRE tunnel, perform this task:

This example shows how to configure the logical Layer 3 GRE tunnel interface tunnel 2:

In Figure 34-3, switch B is configured as an EIGRP stub switch. Switches A and C are connected to the rest of the WAN. Switch B advertises connected, static, redistribution, and summary routes from switch A and C to Hosts A, B, and C. Switch B does not advertise any routes learned from switch A (and the reverse). 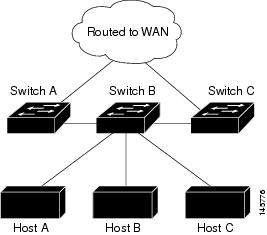 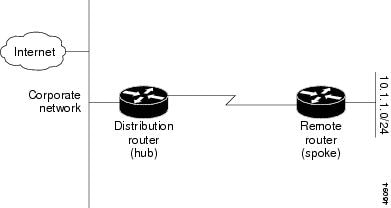 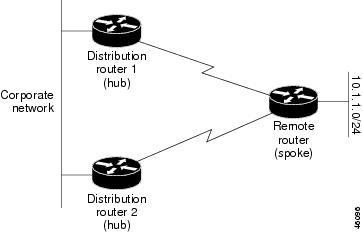 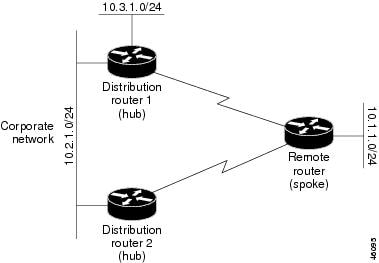 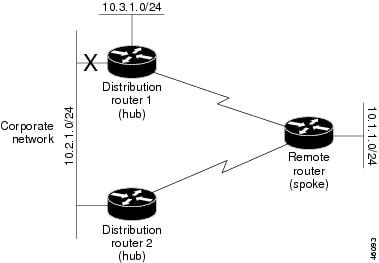