This section contains information about the network processing engine components and the system management functions.

The network processing engine maintains and executes the system management functions for the Cisco 7200 series routers.

The NPE also shares the system memory and environmental monitoring functions with the I/O controller. 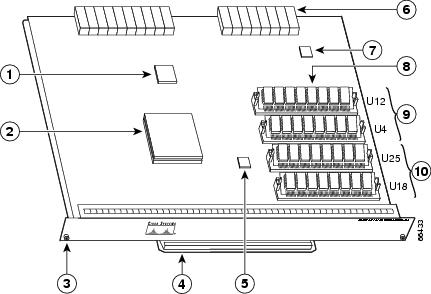 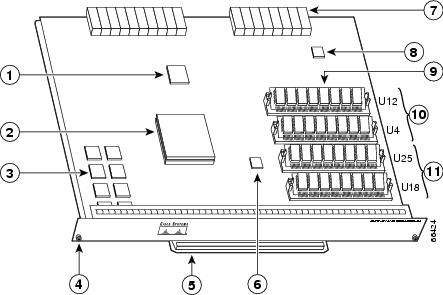 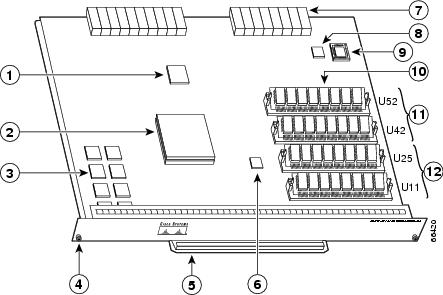 The NPE-200 has an R5000 microprocessor that operates at an internal clock speed of 200 MHz.

The system controller provides hardware logic to interconnect the processor, DRAM, and the PCI-based system backplane bus. The NPE-150 and NPE-200 have a system controller that uses direct memory access (DMA) to transfer data between DRAM and packet SRAM on the network processing engine.

The NPE-100, NPE-150, and NPE-200 use DRAM for storing routing tables, network accounting applications, packets of information in preparation for process switching, and packet buffering for SRAM overflow (except in the NPE-100, which contains no packet SRAM). The standard configuration is 32 MB, with up to 128 MB available through single in-line memory module (SIMM) upgrades.

The NPE-100 does not have packet SRAM.

Accounting for and switching of data traffic

Cache—Memory with fast access and small capacity used to temporarily store recently accessed data; found either incorporated into the processor or near it.

SDRAM-fixed—SDRAM of a fixed size or quantity; can be replaced, but not upgraded

To determine the memory configuration of your NPE, use the show version command.

The following example shows an NPE-150 installed in a Cisco 7206 router:

Use the following sections for information about memory specifications and configurations for the NPE-100, NPE-150, and NPE-200.