This chapter provides examples of typical optical networks you can model using MetroPlanner. 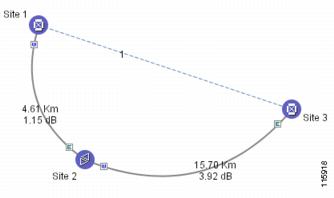 Figure 3-4 shows an example of a hubbed ring topology. In this configuration, at least one of the sites must be a hub site, where all channels are terminated. In this diagram the hub is the Boulder site. 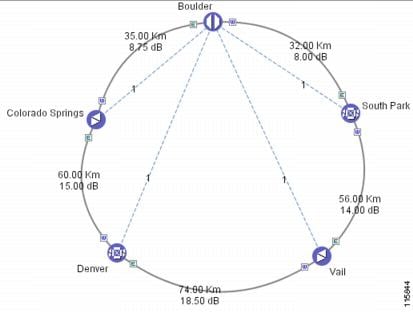 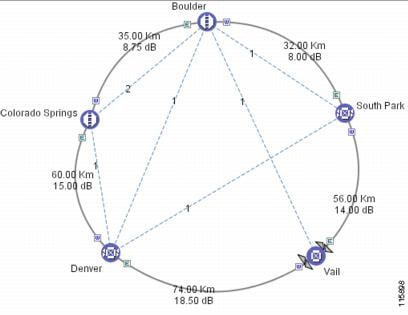