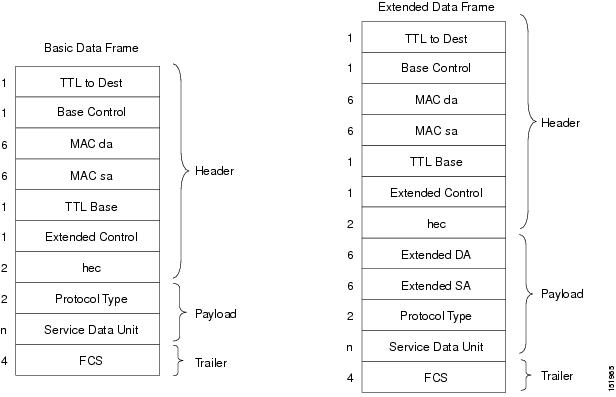 In some framing modes, the ONS 15454/ONS 15454 SDH ML-Series card supports routing functions. When this card POS port is configured to support routing with the PPP encapsulation, the IP packets are mapped into the HDLC frames that use the standard 0x0021 protocol code point. Figure 23-5 illustrates PPP.

When used to carry IP packets, the same HDLC frame structure is used, however the protocol field is set to 0x0800, and the payload contains the IP packet. Figure 23-6 illustrates Cisco HDLC. 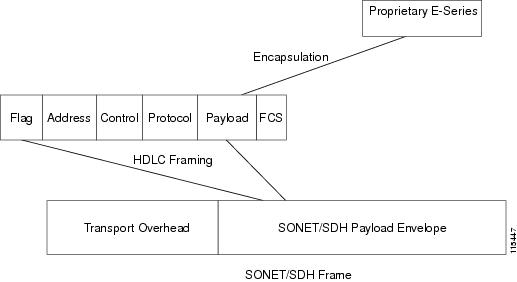 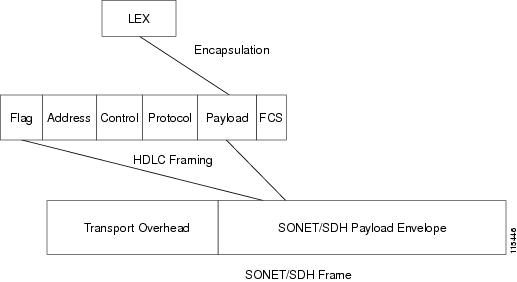 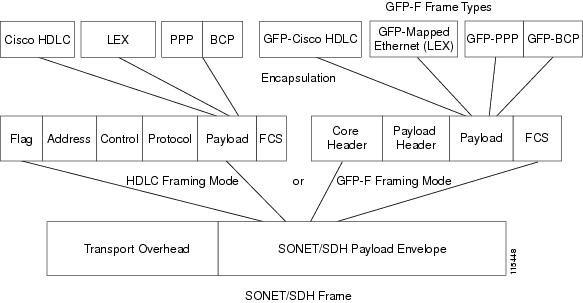