The Segment Routing (SR) TE Optimization tool creates or updates segment lists1 to minimize the sum total of user-specified metrics for selected SR LSPs using the fewest number of segment list hops as possible. The tool sets the routes based on traffic engineering criteria and optimizes a sequence of node or adjacency hops for the SR LSP paths to follow.

You can use the SR-TE Optimization tool to design, capacity plan, and manually configure networks to meet the following two objectives. Additionally, you can embed the results into a WAE workflow so as to re-optimize and re-configure SR LSPs reactively after events such as network failures and subsequent route reconvergence.

Upon completion, WAE Design tags the LSPs with SROpt and generates a new plan file named with an -SRopt suffix. WAE Design also writes a report containing the results of the optimization, as well as verifications that the results met the criteria for avoiding nodes and meeting the specified bounds. To access this information later, select the Window->Reports menu. 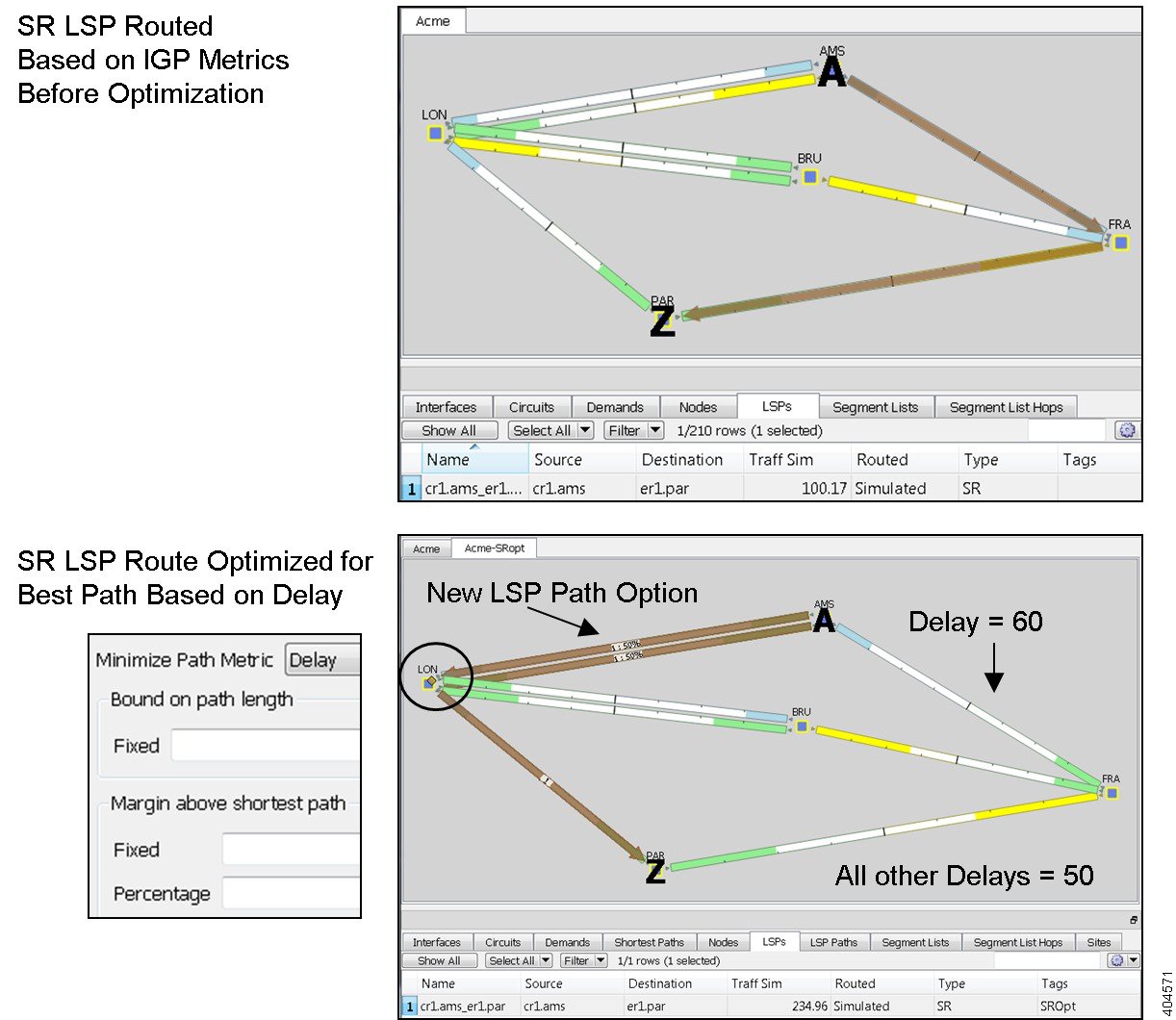 Example: If an SR LSP route has a delay of 110 (as in Figure 22-1), a fixed margin set to 10, and the shortest achievable delay path is 100, then the current SR LSP is within the margin and will not be updated (Figure 22-2). If the fixed margin is set to 9, then the SR LSP would be optimized.

Example: If an SR LSP route has a delay of 110 (as in Figure 22-1), a fixed bound is set to 120, a fixed margin is set to 15, a percentage margin is set to 5%, and the shortest achievable delay path is 100, then the strictest of these restrictions takes precedence, and the SR LSP is optimized (Figure 22-2). 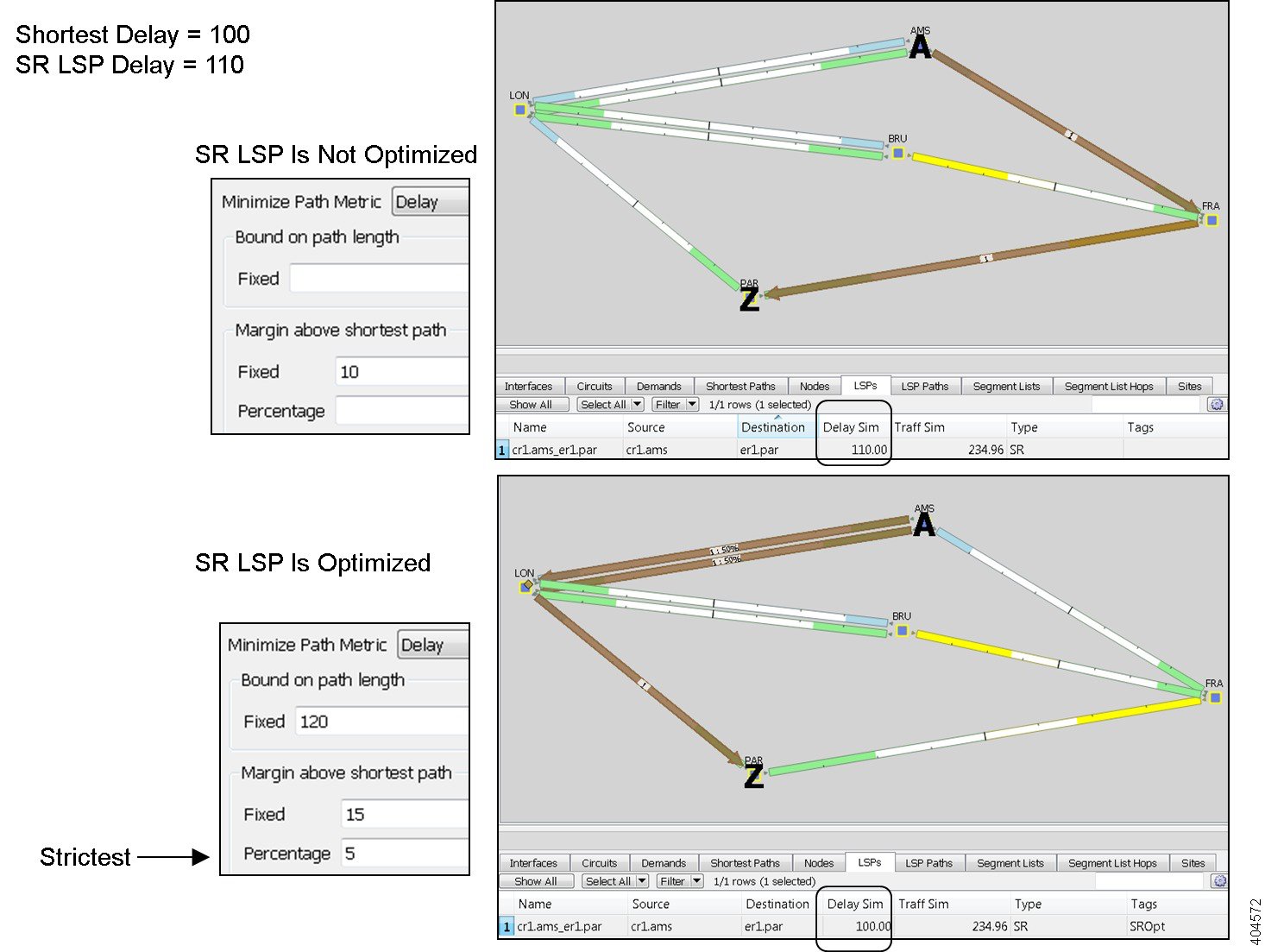 Example: Figure 22-3 shows an example of an SR LSP from cr1.chi to cr1.mia that is routed based on its shortest IGP route. It also shows the optimized SR LSP path if it were to avoid cr1.okc based on its tag. 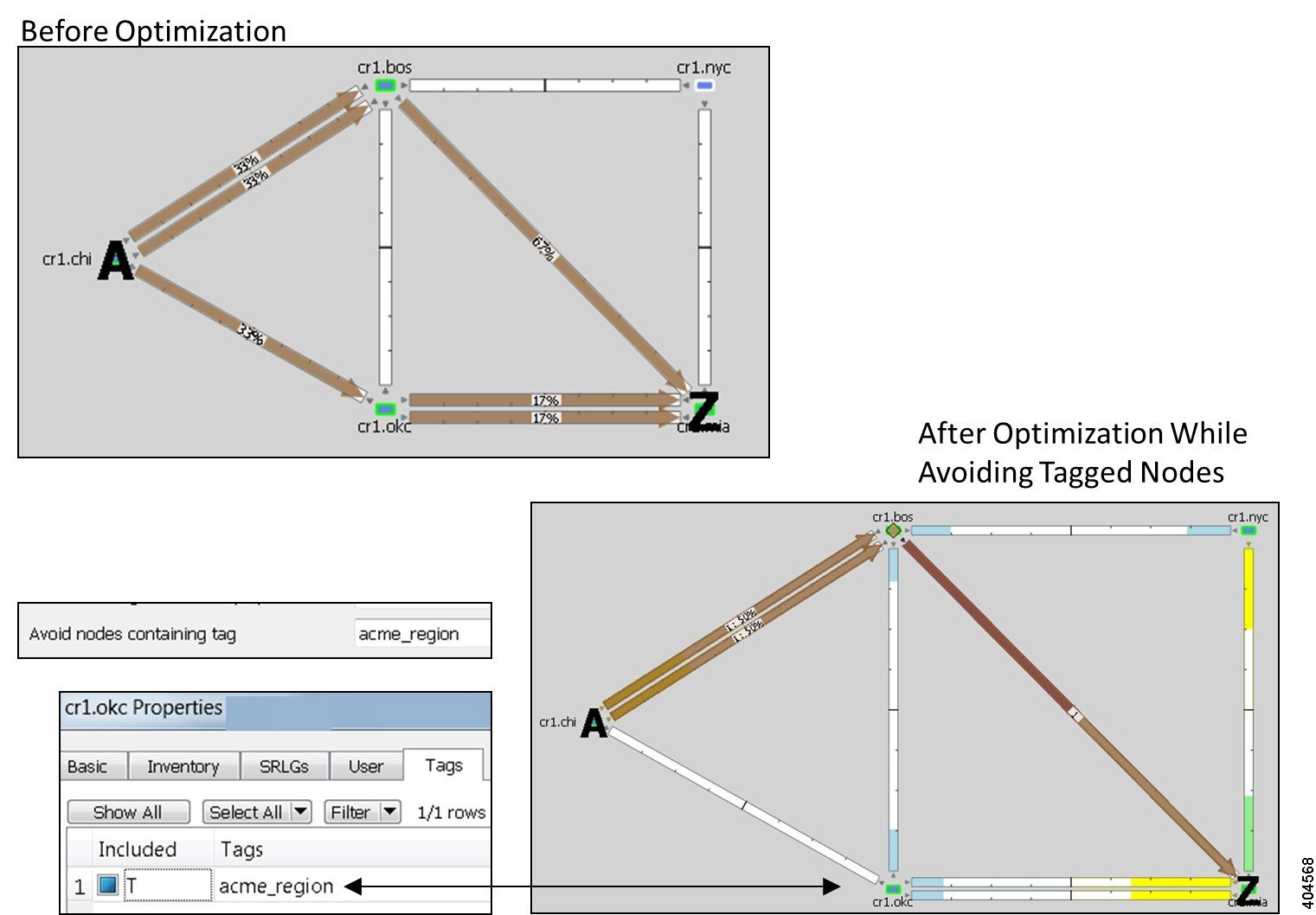