A template is a container of configurations, which can be applied to a target such as a device or a router.

When you detach the overlay template from the tenant, it cleans up the configuration on the device.

The following sections provide more details about working with templates:

You can add route targets to be imported/exported to the leafs or DCI.

This is to make sure that when auto RT is disabled, the static route targets defined in the template (which will then be pushed to the DCI) are sufficient to enable the DCI to communicate with the TORs properly.

Whenever you enable Auto Route Target again, the route targets created using the route target seed (if provided) or ASN# gets pushed to devices. In addition, the RT seed text box gets enabled again.

For certain configurations, some of the options that are available for selection have the %v suffix. The %v suffix denotes that it is a system variable. When the Cisco VTS comes across such a variable in the template, it translates that into the value that it had configured for that device.

You can modify a template that you have created.

You can copy a template and save it with a different name. You can also modify the parameters while you copy.

You can delete a template that you have created.

You can import and export Cisco VTS device templates and overlay templates.

The following sections give details about importing and exporting templates.

You can attach templates to routers while adding a router or while modifying an existing router. By default, router inherits the template from the tenant. You can override an inherited template while you create or modify a router, by selecting a different template, or creating a new template and attaching to the router.

You can attach L3 Extension templates or Route template while you add a router.

Attaching Template while Editing a Router

You can attach L3 Extension templates or Route template while you edit a router.

Review the section below before you create QoS template:

Review the section below before you create a VPLS template:

To attach an Underlay template to a device:

To detach an Underlay template from a device:

If the template application creates no change in the device configuration, the preview displays No difference.

Under certain conditions, for instance, when the commands in the template are invalid, or if the feature is not supported by the device, the summary displays errors.

The following images show examples of Read-only Config Preview and Preview Config during attach, detach, and edit operations, of an L2 Service Extension template, with ports on two devices, where one device is out of sync. 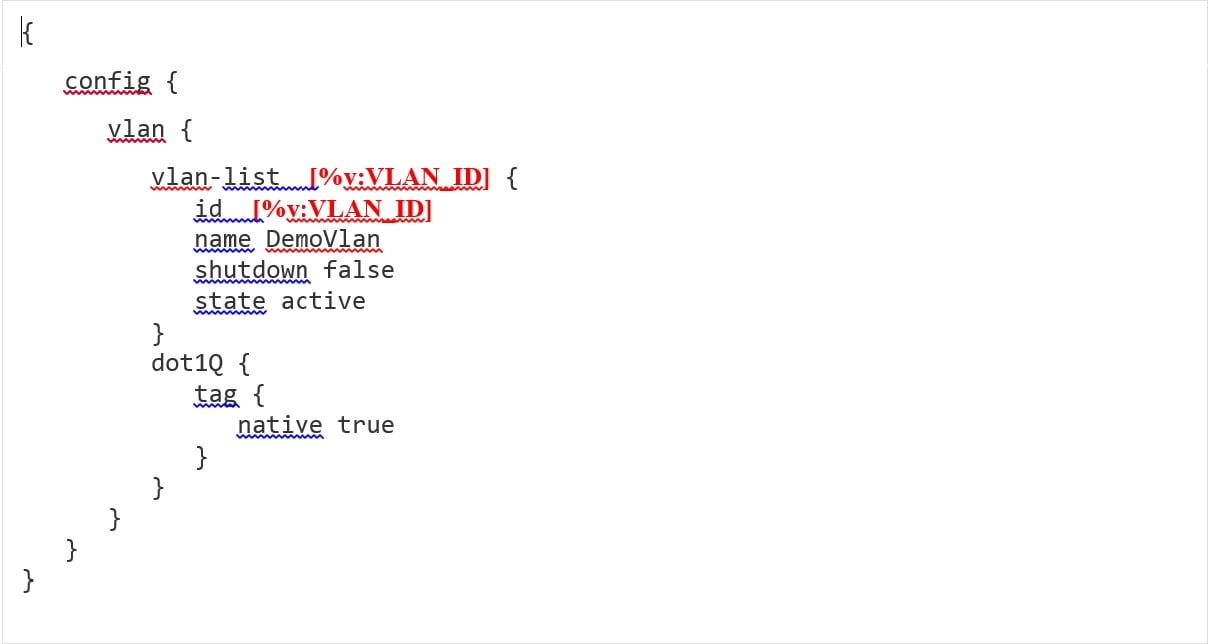 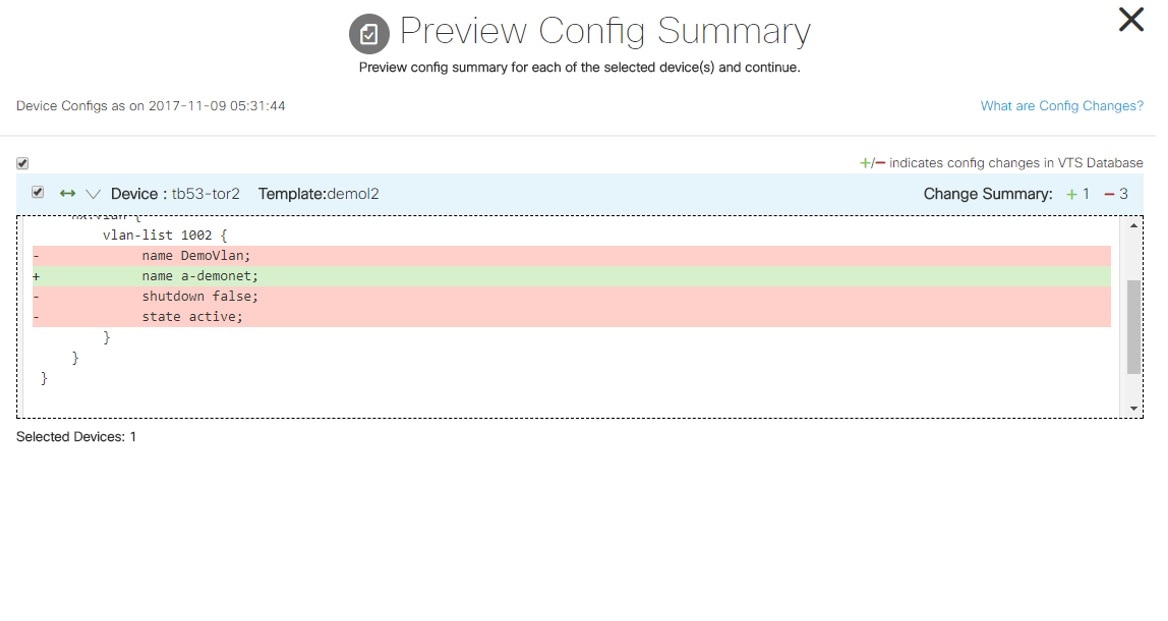 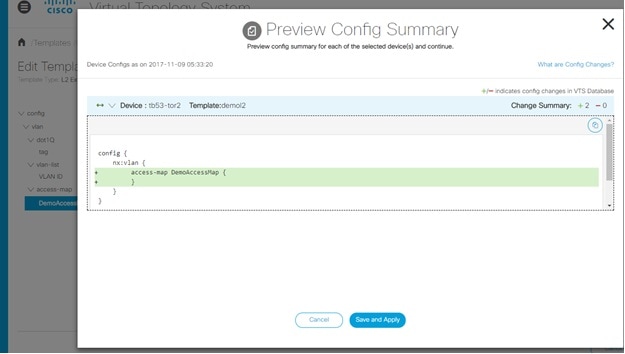 To perform a template search: