Your software release may not support all the features documented in this module. For the latest feature information and caveats, see the release notes for your platform and software release. To find information about the features documented in this module, and to see a list of the releases in which each feature is supported, see the "Feature Information for L2VPN Pseudowire Switching" section.

For the Cisco 12000 series routers, the L2VPN Pseudowire Switching feature for Any Transport over MPLS (AToM) is supported on the following engines:

For engines that do not support this feature, the packets are sent to the software and forwarded through the slow path.

Engines E1 and E4 do not support L2VPN Pseudowire Switching, even in the slow path.

Only static, on-box provisioning is supported.

Sequencing numbers in AToM packets are not processed by L2VPN Pseudowire Switching. The feature blindly passes the sequencing data through the xconnect packet paths, a process that is called transparent sequencing. The endpoint provider-edge (PE) to customer-edge (CE) connections enforce the sequencing.

AToM Graceful Restart is negotiated independently on each pseudowire segment. If there is a transient loss of the label distribution protocol (LDP) session between two AToM PE routers, packets continue to flow.

Attachment circuit interworking is not supported.

To configure the L2VPN Pseudowire Switching feature, you should understand the following concepts:

How Packets Are Manipulated at the L2VPN Pseudowire Switching Aggregation Point

L2VPN Pseudowire Switching allows the user to extend L2VPN pseudowires across two separate MPLS networks or across an inter-AS boundary, as shown in Figure 1 and Figure 2.

As shown in Figure 2, L2VPN Pseudowire Switching enables you to keep the IP addresses of the edge PE routers private across inter-AS boundaries. You can use the IP address of the Autonomous System Boundary Routers (ASBRs) and treat them as pseudowire aggregation (PE-agg) routers. The ASBRs join the pseudowires of the two domains.

L2VPN Pseudowire Switching also enables you to keep different administrative or provisioning domains to manage the end-to-end service. At the boundaries of these networks, PE-agg routers delineate the management responsibilities.

How Packets Are Manipulated at the L2VPN Pseudowire Switching Aggregation Point

The incoming VC label time-to-live (TTL) field is decremented by one and copied to the outgoing VC label TTL field.

AToM control word processing is not performed at the L2VPN Pseudowire Switching aggregation point. Sequence numbers are not validated. Use the Router Alert label for LSP Ping; do not require control word inspection to determine an LSP Ping packet.

Use the following procedure to configure L2VPN Pseudowire Switching on each of the PE-agg routers. In this configuration, you are limited to two neighbor commands after entering the l2 vfi command.

The following example displays output from the show vfi command:

Two separate autonomous systems are able to pass L2VPN packets, because the two PE-agg routers have been configured with L2VPN Pseudowire Switching. This example configuration is shown in Figure 3. 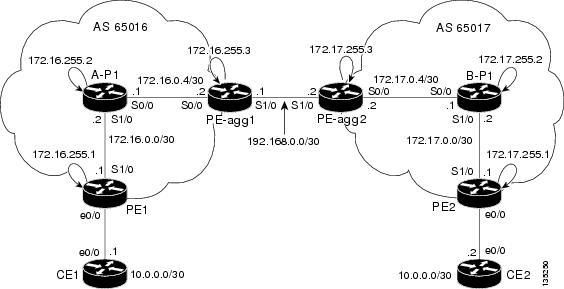 Table 1 lists the features in this module and provides links to specific configuration information. Only features that were introduced or modified in Cisco IOS Releases 12.2(28)SB or 12.2(33)SRB or a later release appear in the table


Cisco and the Cisco Logo are trademarks of Cisco Systems, Inc. and/or its affiliates in the U.S. and other countries. A listing of Cisco's trademarks can be found at www.cisco.com/go/trademarks. Third party trademarks mentioned are the property of their respective owners. The use of the word partner does not imply a partnership relationship between Cisco and any other company. (1005R)