For all devices in the network that are operating with SD-AVC, it is recommended to use the same primary SD-AVC network service. 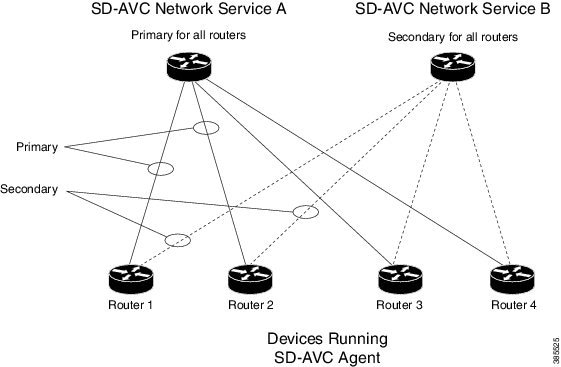 Setting up SD-AVC in a high availability configuration requires two steps that differ from a non-HA configuration.