Each RPD has one principal core, and may have several auxiliary cores. LCHA needs to support multiple cores. These cores are on the same linecard or different linecards. The port on the standby linecard can protect all the same ports on the active linecards. 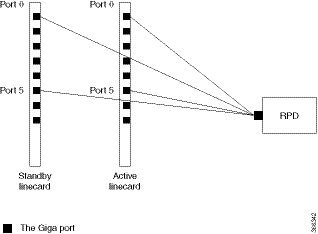 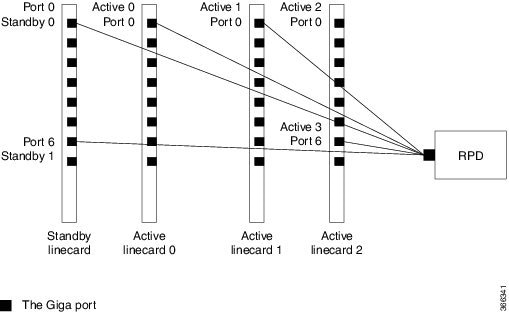 The status of the RPD changes from recovering to online, indicating that the SUP redundancy is working in the Remote PHY configuration.

To verify the Remote PHY line card redundancy configuration, use the example below: