Secure Sockets Layer (SSL) is an application-level protocol that provides encryption technology for the Internet. SSL ensures the secure transmission of data between a client and a server through a combination of privacy, authentication, and data integrity. SSL relies upon certificates and private-public key exchange pairs for this level of security.

The Cisco 4700 Series Application Control Engine (ACE) appliance uses a special set of SSL commands to perform the SSL cryptographic functions between a client and a server. The SSL functions include server authentication, private-key and public-key generation, certificate management, and data packet encryption and decryption.

The ACE cannot pass network traffic if the client supports only SSL Version 2.0.

A typical SSL session with the ACE requires encryption ciphers to establish and maintain the secure connection. Cipher suites provide the cryptographic algorithms required by the ACE to perform key exchange, authentication, and Message Authentication Code (MAC). See the "Adding a Cipher Suite" section in Chapter 3, Configuring SSL Termination, for details about the supported cipher suites.

This section provides an overview of SSL cryptography as implemented in the ACE and contains the following topics:

SSL provides authentication, encryption, and data integrity in a Public Key Infrastructure (PKI). PKI is a set of policies and procedures that establishes a secure information exchange between devices. Three fundamental elements characterize the PKIs used in asymmetric cryptography:

These three elements provide a secure system for deploying e-commerce and a reliable environment for building virtually any type of electronic transactions, from corporate intranets to Internet-based e-business applications.

Confidentiality ensures that unintended users cannot view the data. In PKIs, confidentiality is achieved by encrypting the data through a variety of methods. In SSL, specifically, large amounts of data are encrypted using one or more symmetric keys that are known only by the two endpoints. Because the symmetric key is usually generated by one endpoint, it must be transmitted securely to the other endpoint. The ACE supports the use of the key exchange mechanism for the secure transmission of a symmetric key between the ACE and its peer.

In key exchange, one device generates the symmetric key and then encrypts it using an asymmetric encryption scheme before transmitting the key to its peer. Asymmetric encryption requires that each device has a unique key pair that consists of a public key and a private key. The two keys are mathematically related; data that is encrypted using the public key can only be decrypted using the corresponding private key, and vice versa. A device shares its public key with its peer but must keep its private key a secret.

The security of asymmetric encryption depends entirely on the fact that the private key is known only by the owner and not by any other party. If this key were compromised for any reason, a fraudulent web user (or website) could decrypt the stream containing the symmetric key and the entire data transfer. The most commonly used key exchange algorithm is the Rivest Shamir Adelman (RSA) algorithm.

Authentication ensures that one or more devices in the exchange can verify the identity of the other device. For example, assume a client is connecting to an e-commerce website. Before sending sensitive information such as a credit card number, the client verifies that the server is a legitimate e-commerce website. Both the client and the server may need to authenticate themselves to each other before beginning the transaction. In a financial transaction between two banks, both the client and the server must be confident of the other's identity. SSL facilitates this authentication through the use of digital certificates.

Details about the owner (the certificate subject)

Details about CA (the certificate issuer)

Public key for the certificate's subject

Privileges associated with the certificate

Clients or servers connected to the ACE must have trusted certificates from the same CA or from different CAs in a hierarchy of trusted relationships (for example, A trusts B, and B trusts C, therefore, A trusts C).

An important property of the message digest is that it is extremely difficult to reverse. Simply appending a digest of the message to itself before sending it is not enough to guarantee integrity. An attacker can change the message and then change the digest accordingly.

Each message exchanged between peers is protected by a message authentication code (MAC), which can be calculated by using a hash algorithm such as SHA or MD5. The MAC is a hash value of several pieces of data, including a secret value, the actual data being sent, and a sequence number. The secret value is the write session key. The sequence number is a 32-bit counter value. This data is processed by the hash algorithm to derive the MAC. Upon receipt of a message, the receiver verifies the MAC by using the read session key and the predicted sequence number and calculates the hash over the received data. If the two hash values do not match, the data stream has been modified in some way.

The ACE does not replicate SSL and other terminated (proxied) connections from the active context to the standby context. 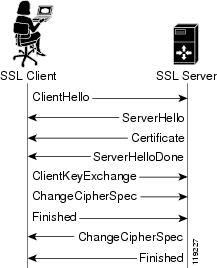 Table 1-1 describes the actions that take place between the client and the server during the SSL handshake.

Table 1-2 provides information on the SSL capabilities of the ACE.

The ACE is responsible for all user authentication, public/private key generation, certificate management, and packet encryption and decryption functions between the client and the server.

You can partition the ACE into multiple contexts (virtual ACE devices). You configure each context with the certificate and key files that the context needs to establish an SSL session with its peer. The ACE creates a secure storage area in flash memory for storing the certificates and keys associated with each context that you create.

To establish and maintain an SSL session between the ACE and its peer, the ACE applies policy maps to the traffic that it receives. When the traffic characteristics match the attributes of a specific policy map, the ACE executes the actions associated with the policy map. Table 1-3 describes the different ACE operational attributes that you define when configuring a policy map for an SSL application.


Depending on how you define the operational attributes listed in Table 1-3, you can configure the ACE to act as a client or a server during an SSL session. Figure 1-2 shows the three basic SSL configurations of the ACE in which the ACE is used to encrypt and decrypt data between the client and the server. 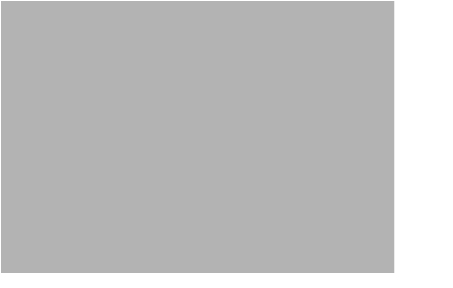 The following sections provide an overview of the three ACE SSL applications:

SSL termination refers to configuring an ACE context for a front-end application in which the ACE operates as an SSL server that communicates with a client. When you create a Layer 3 and Layer 4 policy map to define the flow between an ACE and a client, the ACE operates as a virtual SSL server by adding security services between a web browser (the client) and the HTTP connection (the server). All inbound SSL flows from a client terminate at the ACE.

After the connection is terminated, the ACE decrypts the ciphertext from the client and sends the data as clear text to an HTTP server. For information about configuring the ACE for SSL termination, see Chapter 3, Configuring SSL Termination.

On the outbound flow from the SSL server, the ACE decrypts the ciphertext from the server and sends clear text back to the client.

Before configuring your ACE for SSL operation, you must first configure it for server load balancing (SLB). During the SLB configuration process, you create the following configuration objects:

After configuring SLB, modify the existing SLB class maps and policy maps with the SSL configuration requirements described in this guide for SSL termination, SSL initiation, or end-to end SSL.