The Cisco TelePresence PrecisionHD 4X Camera will not boot due to a corrupted software image on the camera.

The camera may fail to boot properly because the software checksum validation fails in the camera flash memory due to the Error Correcting Code (ECC) not operating properly. The failure can be seen on any CTS-PHD-1080P4XS1 camera, but becomes more prevalent in cameras manufactured from late 2011 and later (S/Ns A1AT40Dxxxxx) due to an updated NAND Flash memory version. Once in this failed boot state, rebooting the camera does not resolve the issue.

A camera that is in this failed boot state will show all of the following symptoms:

Here is an example of a camera in this failed boot state where the In Use LED is on solid orange though the camera is not in a call: 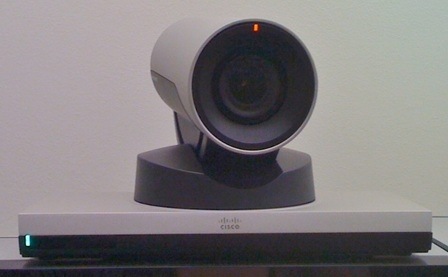 Cisco is recommending that customers upgrade all codecs with CTS-PHD-10804XS1 connected be upgraded to a release of software that contains the camera fix.

Upgrading the cameras that are not exhibiting this issue is MANDATORY to prevent future failure. 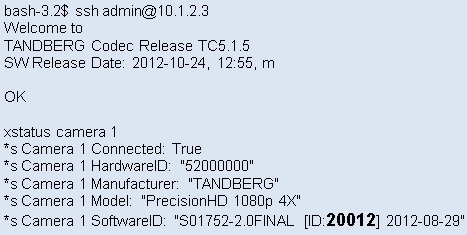 Similar camera software version output can be seen through the web UI by using this URL: http://IP_Address_of_the_codec/getxml?location=/Status/camera/SoftwareID

Fixing the Issue Once in the Failed Boot State:

The "systemtools camerarescue" recovery method will take about 10 minutes to complete. When complete, the codec and the camera should be up and operational.

Before the release of TC5.1.5 on cisco.com, access to this software can be arranged by contacting the TAC. Any issues with running this recovery procedure should also be worked through the TAC. See the TAC contact information below.

To follow the bug ID link below and see detailed bug information, you must be a registered customer and you must be logged in.