How do I enable DEBUG of the ODBC driver in v7.0 and later?

Introduction
How do I enable DEBUG of the ODBC driver in v7.0 and later?

This document discusses the new way to enable the Open Database Connectivity (ODBC) driver debugging in v7.0 and later. This has changed since v6.2. This document pertains to Microsoft Windows clients.

How do I enable DEBUG of the ODBC driver in v7.0 and later?

In  v7.0 and later, the classic .xml file that contains the list of data source names (DSNs) (such as composite62_x64.xml) has been dropped and no longer exists. Recall in the past, you used to edit that .xml file and set  traceLevel='debug' in the DSN entry needed in order to troubleshoot.

This DSN information is now only stored in the Windows registry.

DSNs for v7.0 are now located here in the registry:

Find that DSN and manually add a new string value named 'traceLevel' to the DSN.

Here is an example 64-bit DSN named 'local_70_serv'. Add the new string that you see circled in red here. After you use the DSN in DEBUG mode, see this new trace file appear under C:\CsOdbcDebug_<your DSN name>.log.

If you use a 32-bit driver on 64-bit Windows, look for the DSN here instead:

Remember to remove this string from the registry after your troubleshooting is complete. 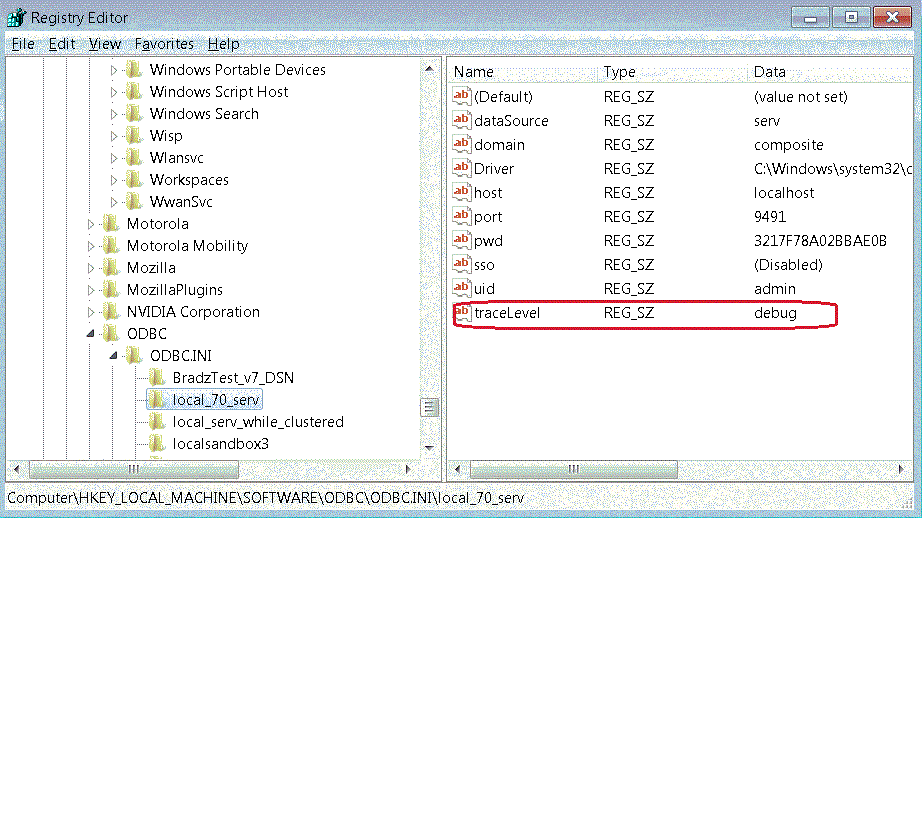